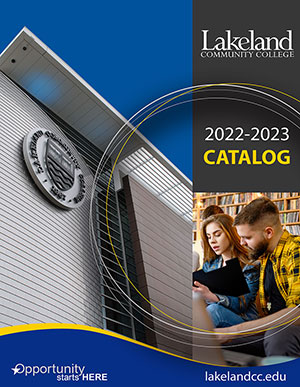 This course provides a survey of the origins and growth of the social, religious, political, and economic foundations of Western European culture through the end of the Reformation, concluding in 1648.

This course provides a survey of the development of modern European society from the age of absolutism to the present. It is designed to provide students with an understanding of the political, religious, economic, intellectual, and cultural evolution of the western tradition from 1648 to the present.

This course is a survey of world history from its earliest origins in the Near East through 1500. It is designed to provide students with an understanding of the Western and non-Western political, religious, economic, intellectual, and cultural evolution of world history.

The course explores the development of the world from 1500 to the present. It is designed to provide students with an understanding of the key facets of non-Western and Western social, political, economic, cultural, religious, and intellectual history.

This course is intended to prepare students to participate effectively in Model United Nations (MUN) and Model North Atlantic Treaty Organization (MNATO) conferences. Students will learn about current global issues and the ways in which these important international organizations work to address them. During the semester, students will learn how to research a country's foreign policy positions, develop strategies to address important internal problems, effectively advocate a country's position through application of appropriate debate skills, and develop skills in employing rules of parliamentary procedure, negotiation and compromise, consensus building, and resolution-writing. Throughout the semester, students will participate in Model UN and NATO conferences as well as help organize an MUN/NATO conference at Lakeland. This course is cross-listed as HIST 1700 Model UN/Model NATO and POLS 1700 Model UN/Model NATO. Students who have taken the course under the alternate course ID should not take this course.

This in-depth course examines the factors, from the sixteenth through the third quarter of the nineteenth century, which resulted in the creation of the unique American civilization. The course emphasizes the interaction between the American demographical and geographical environment, and the cultural influence of European colonists along with African contributions. It also focuses on the political, economic, cultural, and social developments that brought about the Civil War and attempts at Reconstruction.

This course traces the development of the United States from the conclusion of Reconstruction (1877) to the present. It examines those components that transformed the United States into a world power and the changes in the role and position of the government in the lives of its people and institutions.

The overall objective of this course is to help students acquire a solid historical understanding of the relationship between the United States and the world since 1945. The course examines the social, political, economic, cultural, and intellectual facets of U.S. history in a global context from the conclusion of World War II through the present. Particular attention is paid to the key themes of post-World War II history, including the Cold War, the Vietnam War, the collapse of the Soviet Union, the emergence of the United States as the lone superpower, and the War on Terror.

This course explores the experience of women, as well as ideas and relations of gender, as part of the larger history of nineteenth and twentieth century America. It surveys the social, cultural, legal, economic, and political developments that shaped women's lives and women's participation in and response to these changes.

This course provides an in-depth survey of the history of the region from prehistoric times through the twentieth century. It emphasizes the political, economic, and social forces that made Ohio a unique state in the Union. The course focuses on active learning through field visits to regional historical agencies combined with group discussions and presentations.

This specialized course examines the forces that led the United States into involvement in Indochina. Initially this course focuses on the Southeast Asian cultural and historical environment, followed by a detailed look at the French experience in the region. It emphasizes key decisions of influential decision-makers that guided America's involvement in this war and why they failed to see the looming potential for disaster. The course examines how this war affected America culturally, economically, politically, and socially, both during the war and in the decades that followed. Finally the course draws conclusions about how the country has continued to be affected by the war in succeeding generations.

This course provides an in-depth overview of Latin American history from prehistoric times to the present, tracing ancient and colonial influences, 20th century revolutions, dictatorships, the growth of democracy, and the evolution of global economics on modern nations of the area. The course emphasizes the political, economic, and social development of Cuba, Mexico, Brazil, Argentina, and Chile, but will discuss all nations and peoples, as well as the role the United States has played in both helping and hindering Latin American development.

This course provides a general understanding of the history of the island of Britain from its earliest development through the present day. The class focuses primarily on England, noting relations with Scotland and Wales in the course of the political unification of Great Britain and after. Also explored are the cultural, political, intellectual, social, and economic patterns of British life, particularly in conjunction with the emergence of the British Empire. Finally, the interaction between Britain and Ireland, the Continent, and the wider world are considered.

This course provides a survey of the major events and developments in East Asia, concentrating on the period from about 1900 to the present. Special focus will be given to China, Japan, Korea, and Southeast Asia.

These specialized courses provide in-depth examinations of historical issues, problems, or periods not covered in detail elsewhere in the curriculum.

The PDF will include all information unique to this page.

The PDF will include all information from this edition of the catalog.